Forgotten Wars - The Roman Invasion of Arabia (26 BC) DOCUMENTARY

Home / Forgotten Wars - The Roman Invasion of Arabia (26 BC) DOCUMENTARY

Forgotten Wars - The Roman Invasion of Arabia (26 BC) DOCUMENTARY

We explore Forgotten Wars - The Roman Invasion of Arabia. Get your SPECIAL OFFER for MagellanTV here: https://try.magellantv.com/invicta. It's an exclusive offer for our viewers! Start your free trial today. MagellanTV is a new kind of streaming service run by filmmakers with 3,000+ documentaries! Check out our personal recommendation and MagellanTV’s exclusive playlists: https://www.magellantv.com/explore/history.

In this history documentary we explore one of the lesser known chapters of Roman history during the reign of Emperor Augustus. The event in question was the forgotten war of the Roman invasion of Arabia. This was brought about after Augustus had consolidated his rule and was looking for new ways to win gold and glory for the people. The campaigns into Germania had become tiresome slogs with little material benefit. As such he turned to the newly minted province of Egypt and its lucrative eastern trade routes. Emperor Augustus ordered the prefect, Aelius Gallus to venture forth into the lands of ancient Arabia. The documentary follows the Roman Army as it prepares for the military campaign and eventually invades.

Stay tuned for more episodes on Rome's Forgotten Wars like our previous episode on the Great Illyrian Revolt. What other unknown wars should we cover next?

Bibliography and Suggested Reading:
"The Geography of Strabo - Book XVI, Chapter 4" by Strabo
"Arabia and the Arabs: From the Bronze Age to the Coming of Islam" by Robert G. Hoyland 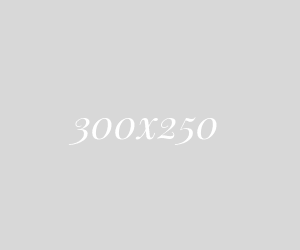 1 week ago
Why did The Crusades Fail?
Knowledgia
1 week ago

3 months ago
What did the Romans think about Race? DOCUMENTARY
Invicta
3 months ago

1 week ago
Supersonic Planes are Coming Back (And This Time, They Might Work)
Wendover Productions
1 week ago